This event was hosted by a collaboration of Santa Cruz & Monterey Bay Anthroposophical Society and Camphill Communities California
Margaret Carlson, who was one of the participants from the east coast, has written a report of Kaspar Hauser West II. 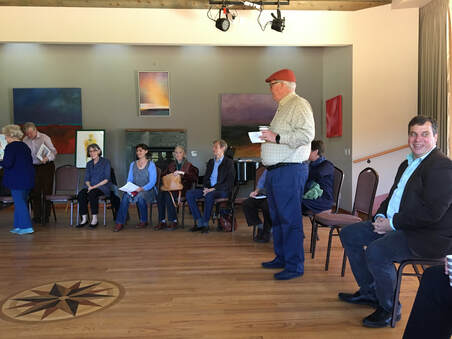 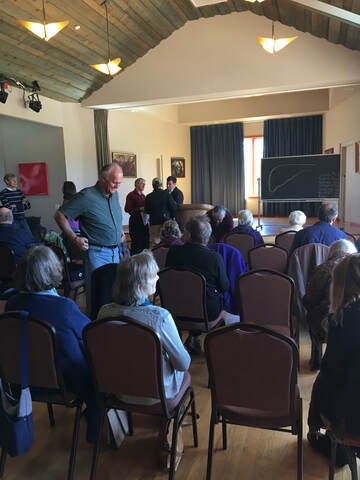 Camphill Communities California and the local Soquel branch of the Anthroposophical Society organized the second West Coast conference on Kaspar Hauser with the title: Kaspar Hauser – Protector of Human Spirituality in the Face of Evil.

About forty participants, mainly from the West Coast, some from the Midwest, from Canada and three from East Coast Camphills heard lectures by Richard Steel and Eckart Böhmer from Germany.

Richard’s lecture “What has formed our society as it is today” began in 1828 when Kaspar appeared in Nurnberg, the first anorganic matter urea was created from organic matter and the first book of embryology appeared, a subject that Karl Koenig took up in his life. Charles Darwin was at the Galapagos islands in 1833 when Kaspar was murdered. Darwin’s insights from the islands helped him in 1836 to formulate his ‘Natural Selection’, his scientific approach to life that began a hundred years later, in 1936, in the Third Reich and dominates the scientific world to this day.

33 years after Kaspar Hauser appeared Rudolf Steiner was born, a new attempt of the spriritual world to bring spirit and a spiritual understanding of the human being to earth.
Eckart’s two lectures concerned themselves with relating the life of Kaspar Hauser to the Allegory of the Cave by Plato. Ultimately, doesn’t our fascination with the electronic media today resemble the shadows of reality that the enchained cave dwellers considered the real thing and trying to awaken them to the truth cost the messenger his life. The same happened to Anselm Ritter von Feuerbach, the lawyer working to find the truth behind the being of Kaspar Hauser. Many more have died and are still dying today trying to bring out truth.

The question arose who is this being who survived the attempts to kill his identity but through his brief exemplary life and death kept the path to the spirit open for us all, as Rudolf Steiner tells us. And what really nourished and kept this child in health despite it’s physical and mental ordeal? Many mysteries still to be explored.

The lectures brought up many questions and wise contributions in the discussion groups were much appreciated.  Long meal times and snack breaks supported the exchanges and hellos of many old friends.
Singing, beautifully directed by Anette Lampson, lightened the mood. Saturday evenening we were treated to Kaspar’s poem ‘contentment’ performed in eurythmy by academy students, followed by Eckart’s two person play “Feuerbach, an example of a Crime against the Human Consciousness Soul”.

​Slides showing the development of the new Pfeiffer Haus in Ansbach, a paedagogical and research center, rounded off this potent conference, inspiring us to bring the subject further in the fall here on the East Coast.
​Richard Steel has written an article about the Kaspar Hauser West II in the May/June issue of Camphill Correspondence.

Thank you very much for hosting Kaspar Hauser West II.